It would be hard to find a story as engrossing and fascinating as that of Chhapra. The town has somehow managed to find itself of great significance in the ancient, medieval and modern times of the country. It is believed that there are two different interpretation of the name Chhapra. According to the first interpretation, it means “chah” (6) “para” (kos, a unit of distance). It is believed that Chhapra is called so as it is situated 6 “kos” from the north, east and west of the Ghagra and Ganga rivers. Another interpretation is deeply philosophical. It derives from the need to “para”, or “do away with” the “chah”, 6 bad qualities- Kama (lust), Krodha (anger), Lobh (greed), Moha (emotional attachments), Ahankara (ubris), and Matsarya (envy, jealousy). 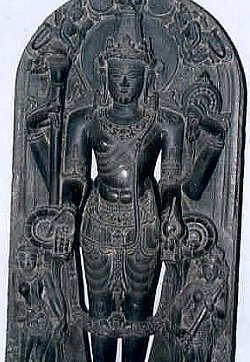 The city is said to have been part of the ancient kingdom of Kosala. It is mentioned in the historical records of the 9th century with a reference to the village of Dighwa Dubauli. Apparently it was this village that supplied a copper plate during the famous ancient king Mahendra Paladev’s reign. It again find a mention with reference to the famous Guru Dronacharya, of the Mahabharata, whose cottage is was locate in the area.

Chhapra has many beautiful temples and religious sites which all dates back to the ancient times. The temple of Ambika Bhavani is said to contain the ‘yagna kund’ that belonged to king Daksha, the father of Goddess Sati. It is said that when the king humiliated her husband Lord Shiva, the goddess was so infuriated that she jumped into this same yagna kund. According to the texts Chhapra was also the site of the Rishi Gautam’s hermitage. His wrath had turned his wife Ahilya into a stone. She came back to her human form only when Lord Rama rested his foot on her accidentally. Ashoka Pillar is just 33 km from Chhapra and testifies to the influence of Mauryan rule in the region. Ancient bones found at Chirand near Chhapra were placed in the Chhapra Museum. This region is also famous for King Maurayadhwaj, who was ready to sacrifice his only son to Vaman Avatar Lord Vishnu.

Interestingly Chhapra again finds a mention during the 16th century in the authoritative text ‘Ain-i-Akbari’. This text is considered to be the single most important and authentic account of the reign of the great Mughal emperor Jalal-u-din Akbar. Bihar then was divided into 6 revenue ‘sarkars’ or divisions. Chhapra was one of these revenue provinces. This was also the beginning of the saltpetre industry in the region

By the time the Mughal period was approaching its end Bihar had 8 revenue provinces. When the British East India Company finally managed to get the possession of the rich province in the 18th century, Chhapra had become a very well-known ‘river mart’ of the country. Much trade and commerce was flourishing in this period. The British then combined Chhapra (Saran) with another district Champaran making it quite large. By the mid-19th century this area was combined into the even larger Patna Division for administrative purposes. A couple of decades later in 1866, Champaran was declared a separate. Chhapra was combined with Tirhut in 1908. Administrative division were remade again several a few decades after India got independence. Finally in 1972 Chhapra became a separate division by itself with its headquarters in the city.