Art and Culture of Chhapra

The city of Chhapra has a rich cultural heritage that dates back to ancient times. In fact, this region finds mention as one of the places where Lord Buddha halted before attaining nirvana. What is extremely significant about Chhapra is that it represents the face of the Bhojpuri culture in Bihar. The term ‘Bhojpuri’ comes from the period of the famous medieval king Maharaja Bhoj who ruled parts of what is present day Bihar and also refers to the dominant language spoken by the people of the region.


Religion and Festivals of Chhapra

Hinduism is the dominant religion, followed by Islam, Jainism and Christianity. People of different religions like Hindus, Muslims, Jains, Buddhist and communities live together in peace and harmony practicing their own cultures. It interesting that Chhapra has several sites that are sacred for Hindus, Jains and Buddhists. India is a land of festivals and Chhapra is like any other Indian city that celebrates all festivals with fervor and spirit. 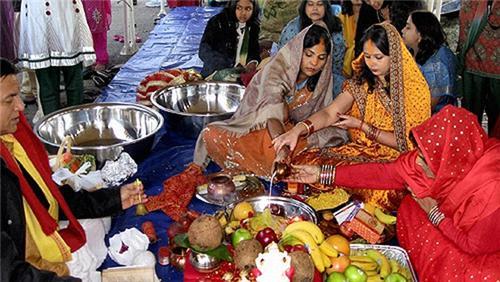 Apart from the popular festivals like Diwali, Holi, Eid and Christmas, there are particular to the place. A major festival is Chatth Puja, festival of the Sun God, which is a major aspect of Bihari culture. People celebrate this 4 day festival with complete faith and sing songs in honour of ‘Surya Dev’ (Sun God) and ‘Chatti Maiyya’ (the Divine Mother). Interestinlgly, many Muslims also participate actively in this Hindu puja. Karthik Purnima, the day of the full moon, is also celebrated with fervour and people gather specially on the occasion at the famous Sonepur mela.


Languages and Literature of Chhapra

The dominant language spoken in the area is Bhojpuri and variants such as Maithili and Magahi. Hindi is also spoken in the area and many people are conversant in English as well. Chhapra occupies a very important place in field Bhojpuri literature. Bhikari Thakur, often referred to as the “Shakespeare of Bhojpuri”, was from Chhapra. He created the unique form of theatre called ‘Bidesiya’, as well as various folk songs and folk dances of the region.

The state of Bihar is well known for its delicious cuisine and Chhapra has its own contribution in this. Dalpuri and Litti- Chokha, both made with wheat flour and gram pulse, are popular food item here. However, it is Perukhia, a type of cake made from sooji (semolina) that is Chhapra’s special contribution to the state’s cuisine. It is prepared by mixing sooji and sugar and wrapping the mixture in a layer made of maida, water and ghee, which is deep fried in ghee.

Dresses reflect the culture of the people and in Chhapra people prefer to dress in traditional attire. While men wear western clothes such as shirts and trousers, women are generally dressed in saris and salwars. The beautiful lehenga-choli is special favorite for young brides, while grooms prefer the sherwani and pyjama. At the same time Chhapra is a city that is slowly but steadily embracing modernity due to the rapid development. As a result, one can see many people, especially the youth, dressed in Western attire as well.