Chhapra is a city in Saran district of Bihar. It serves as the district headquarters and is well known for the famous Shakti Peeth Temple of Ambika Bhavani. Revelganj, Nagra and Jabalpur are some of the nearby cities from here. 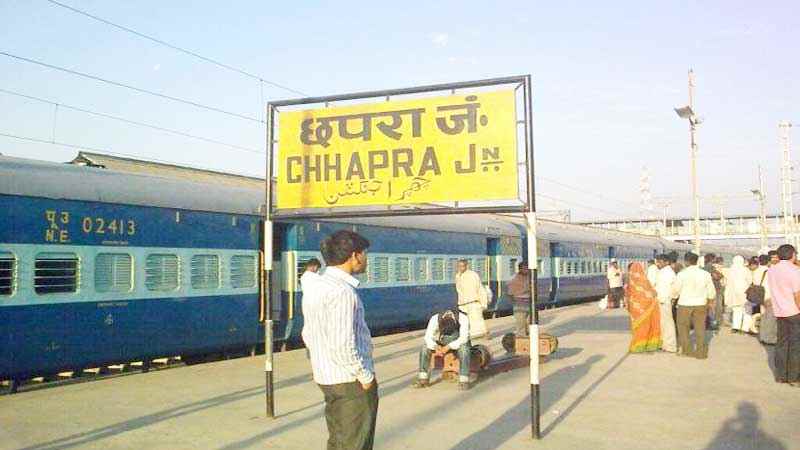 Chhapra lies at geographical coordinates of 25.7848°N and 84.7274°E with an average elevation of 36 meters or 118 feet above sea level. It is located near the junction of the Ganges River and the Ghaghara River. Due to its proximity to the rivers, the city developed as a river based market in 18th century. It is about 44 km from the state capital of Patna.

This city is linked with rest of Bihar and other parts of the country with a good road and rail network. There are frequent buses and taxi services from all nearby cities to Chhapra. National Highway 85 passes through the city. National Highway 101 and 102 originate from here. Chhapra railway junction located on North Eastern Railway serves the city. By train, it takes just a few minutes to reach Uttar Pradesh from here. Patna airport is the nearest one from here which is not too far.


History and Culture of Chhapra

The first president of Independent India, Dr. Rajendra Prasad, came from Chhapra. Maithili, Bhojpuri and Hindi are the local languages spoken here. As per the census of 2011, city has a population of 202,352 with an average literacy rate of 78.47%.

Chhapra is a peaceful city with a rich history and culture. There are many places of tourist interest in and around Chhapra. Some of them are listed below.

Aami Mandir: The temple is dedicated to Goddess Sati and considered as Shakti Peeth. It is located in Dighwara, around 37 km east of Chhapra. The temple is located on the banks of River Ganga and is in the structure of a fort. There is a garden near the temple and a deep well in which water never dries up. The temple attracts lot of devotees all through the year and especially during Navratras in the months of April and October. The temple is also known as Amba Asthan.

Dhorh Ashram: There are many exhibits of archaeological importance that can be found in Dhorh Ashram, located towards North of Parsagarh. There is also an ancient temple of Bhagwan Dhadheswar Nath here with a gigantic Shivlinga stone.

Gautam Asthan: It is said to be the the ashram of Gautam Rishi and is located 5 km West of Chhapra. According to beliefs, purification of Ahalya was meted out here. There is a mention of Gautam Rishi in Ramayana who had cursed his wife who turned into a stone.

Chirand: It is situated 11 KM south-east of Chhapra at the northern banks of River Ghaghra. The four thousand years old developed culture of Parshan age is revealed in excavations here.